Rosslyn, South Africa, 8 DECEMBER2015–Times have changed since Nissan launched its first ‘4W60′ Patrol 64 years ago, but one thing remains constant – Nissan Patrol owners swear by their choice of durable off-roader.

Now, in response to feedback from this loyal and growing group, Nissan has introduced an extensive range of extra creature comforts to their all-conquering Patrol Station Wagon 3.0 TD 4×4 GL, without compromising the’go-anywhere’ ability that hasmade this iconic model an overland favourite.

The most visible change is the completely revamped interior, which now features full grain leather upholstery on all five seats. The front seats also feature electrical adjustment, previously unheard of in the technical off-road segment.

The in-car entertainment system on the Nissan Patrol 3.0 GL features a 6-disc in-dash CD changer with full colour navigation, while the GL now also has a two-zone climate control system as standard. These specifications bring the GL-model closer to the range-topping 4.8 litre GRX version of the Patrol Station Wagon.

“Competitor offerings in this very technical segment of the off-road market have always created the impression that toughness is synonymous with a sparse and Spartan interior. We have changed that with the Patrol 3.0 GL, which now also featurescruise control and a sun roof for the same price,” says Graeme Birch, Marketing General Manager at Nissan South Africa.

On the outside, the Patrol retains the hardy look that its customers love, complete with sloped front bumper with its impressive 37 degree approach angle and the front and rear solid axles, which make storming dunes and fording rivers so easy.

Also retained is the bonnet-mounted air scoop that feeds a standard intercooler, the electrically operated chrome side mirrors and the dual side-opening rear doors. The full-sized spare wheel is mounted on the rear doors, which is a boon for anyone who has experienced a flat tyrein deep mud or soft sand.

The range of additional creature comforts makes the Patrol one of the best equipped technical off roaders on the market. The Patrol already features standard equipment such as power points in the front and back of the vehicle, airline-style trays behind the front seats, double, foldable sun visors for the driver and front passenger, a roof-mounted digital multi-meter and foldable seats that can create a cavernous 2 226 litre loading area.

Under the skin Nissan has wisely retained the popular 3 litre six cylinder common rail, direct injection turbo-diesel engine that delivers 118 kW at 3 600 rpm and a solid 371 Nm of torque, which peaks at a low 2 000 rpm. The low-end grunt is ideal for technical off-roadwork and it gives the Patrol a maximum tow rating of 2.7 tonnes. This engine has a proven track record and a class-leading fuel consumption figure of 8.1 litres per 100 km on the open road.

The engine delivers power to the rear wheels in 2WD mode and to all four in both low and high range 4WD mode. True to its off-road status,the Nissan Patrol is equipped with heavy-duty springs, telescopic front and rear shocks for 240 mm suspension travel and solid front and rear axles. The Patrol has a massive 135 litre fuel tank and vented brake discs in the front and rear.

Both versions of the Patrol Station Wagon have a rear lockable diff and automatic locking hubs with the option of a manual override. The 3.0 TD Patrol has a five-speed manual gearbox with a high and low range transfer case.

With such impressive mechanical underpinnings it is no wonder that the Nissan Patrol is well loved by 4×4 enthusiasts. The Patrol features a 210 mm ground clearance and an impressive 37 degree and 31 degree approach and departure angle respectively. Despite its long 2 970 wheelbase, the Patrol still manages a break-over angle of 27 degrees and it matches the utilitarian Patrol Pick-Up’s fording depth of 700 mm without a snorkel.

“There are many other unseen benefits to owning a Patrol,” says Birch. “No other vehicle in this segment has a 6-year 150 000 km warranty and a 5-year 90 000 km service plan. What should also be mentioned is that the Patrol is compatible with 500 ppm diesel, which means that overland adventurers can comfortably venture across the border without lugging their fuel with them.” 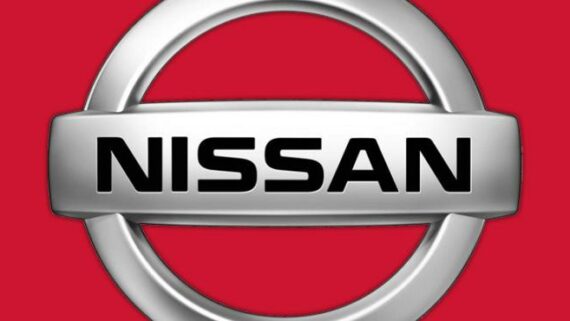